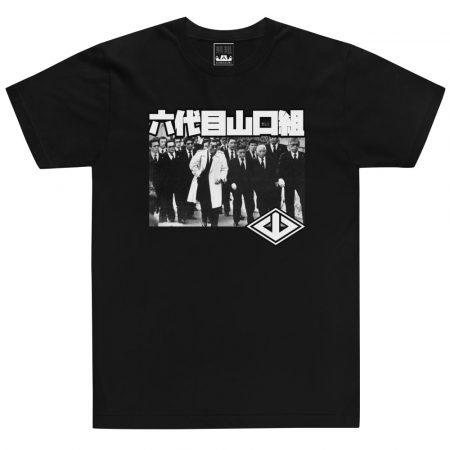 Headquarted in Kobe, 六代目山口組 (Rokudaime Yamaguchi-gumi) is the 6th Yamaguchi-gumi era with Shinobu Tsukasa at his head (in white here). Starting in 2005, Tsukasa was put in jail a few month after for illegal gun possession. Released 6 years after, he decided to expand the yamaguchi-gumi influence absorbating Tokyo group Kodo-kai. Disturb by regular dissents between the more than 20 groups (gumi), a split happened in 2015 resulting in the creation of the Kobe Yamaguchi-Gumi. Still with more than 9 000 active members, Yamaguchi-gumi remains one of the largest criminal organizations in the world.