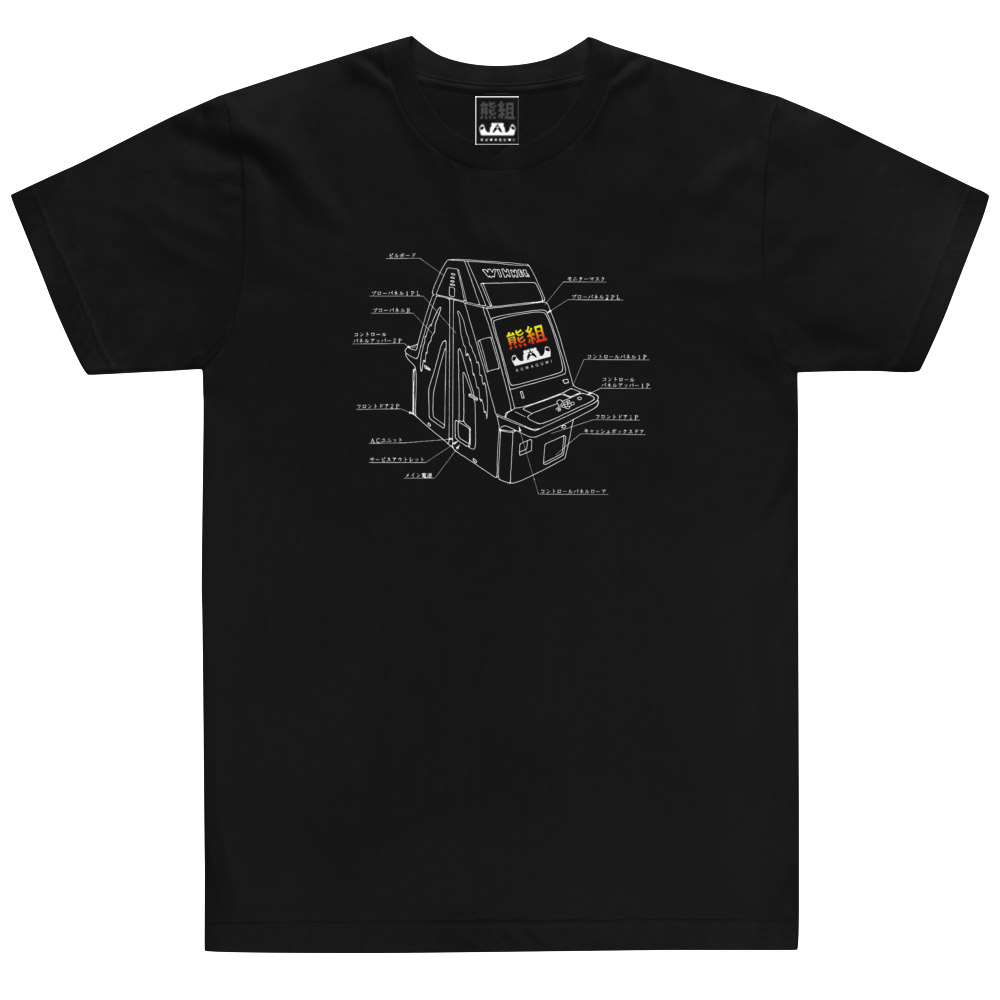 The Versus City (バ ー サ ス シ テ ィ) is a candy cab released by Sega in January 1996 in Japan. It is based on the merger of two Astro City, back-to-back. Intended for versus game, it is particularly suitable for fighting games. A counter of successive victories displays the score for each player, and returns to zero when one of them receives a game over. As soon as November 1996, the New Versus City (ニ ュ ー バ ー サ ス シ テ ィ) based on the Blast City succeeded the Versus City; it uses the same concept as its predecessor but with the latest technologies allowing higher resolution (640×480). Largely represented in the High Score Girl anime. This Versus City tribute t-shirt features a drawing by Arthur “Une” Ortega. NB : if you prefer the new versus version of the t-shirt (as our friend Chris), you can contact us !