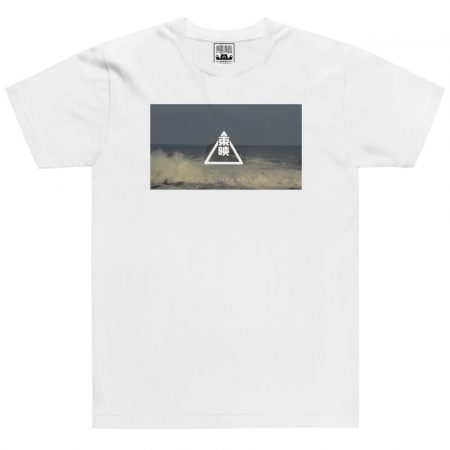 Toei Company, Ltd. (東映株式会社, Tōei Kabushiki-gaisha) is a Japanese film, television production, distribution and publishing company. Based in Ginza, Tokyo, the name of the company is derived from the company’s former name “Tōkyō Eiga Haikyū” (東京映画配給, Tokyo Film Distribution Company), which was founded in 1938. The company is famous for the production of japanese cult movies  : the hibotan bakuto series with Ken Takakura, the female prisoner 701 series with Meiko Kaji, some of the best Kinji Fukasaku’s movies (like Battle Royal), the golgo 13 adaptation with Sonny Chiba and many more ..  The tshirt represent the introduction of each Toei movie with the logo of the company emerging from the sea.