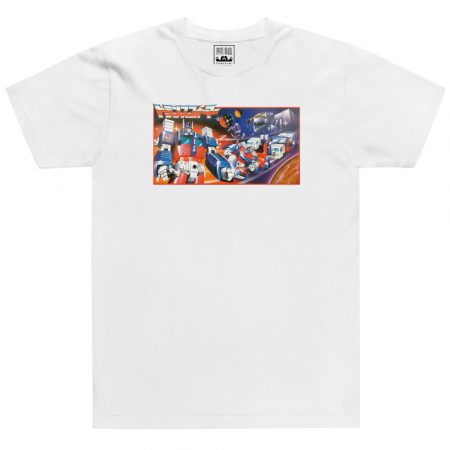 Worst transformer’s video game ever done, Mystery of convoy is a 1986 game developped by ISCO and published by Takara for the famicom. The player controls Ultra Magnus (Rodimus Prime can be unlocked too), who must shoot his way through 10 horizontally and vertically VERY HARD scrolling levels. One bullet you’re dead, 3 lives, no continues, no checkpoints. Bullets from your enemies are coming from everywhere, you often can’t see them because they’re the same color as the background, they also can pass through solid bricks but you can’t shoot through the bricks. Unfair, cryptic, fucked-up, never released outside Japan, Transformers Mystery of Convoy has managed through the years to obtain the ultra desired “densetsu no kusoge” (legendary shitty game) status.