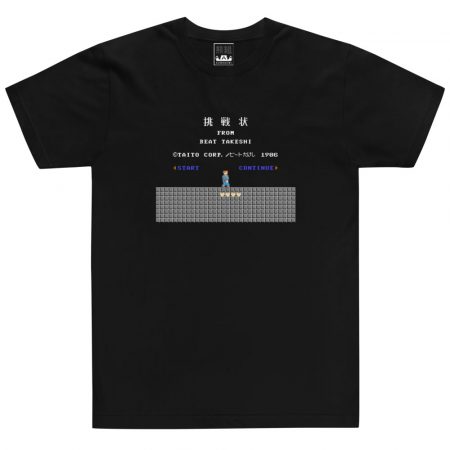 Maybe one of the most hated videogame ever made on Nintendo, “Takeshi’s challenge” (Takeshi no Chosenjou) was a Mario Bros like in the intention. The plan was nice : quit your job, your wife, punch everyone (except the wrong people who can end the game), sing karaoke through the famicom’s mic. But with Takeshi Kitano’s delirious mind, it has become an unfinishable plateform game. After a flood of parent’s conplaints (kids getting agressive), Taito studio decided to edit a complete guide on how to finish the game and finally release a new version of the game ! Not enough, still unplayable, designed by a man hating video games, Takeshi’s challenge is a real japanese myth and maybe one of the worst game ever. Densetsu no kusoge (legendary shitty game) !