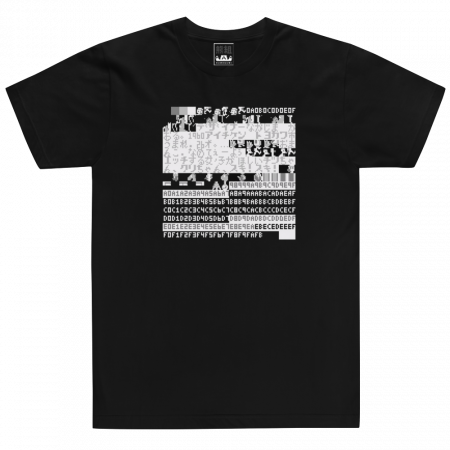 Based on the chinese novel “Journey to the West”, Super Monkey Daibōken is an rpg video game developped by Techno Quest and published by VAP on the Family Computer. You control the Monkey King (Sun Wukong or Son Goku) who assist the Buddhist monk Xuanzang during his voyage from China to India. Released in 1986 exclusively in Japan, the game is known as one of the hardest and least comprehensible video games in the history of Japanese video games. Characters are moving extremly slowly on an infinite landscape with invisible exits. Filled with bugs, super monkey daibouken has easily obtained the “densetsu no kusoge” status. Also thanks to an hidden message from the game’s designer in the game’s tileset : “26 years old, born 1960 in Toyokawa City… I wanna lick your pussy!.. I like vagina and the clitoris !” Nice plan dude, here is your tshirt !