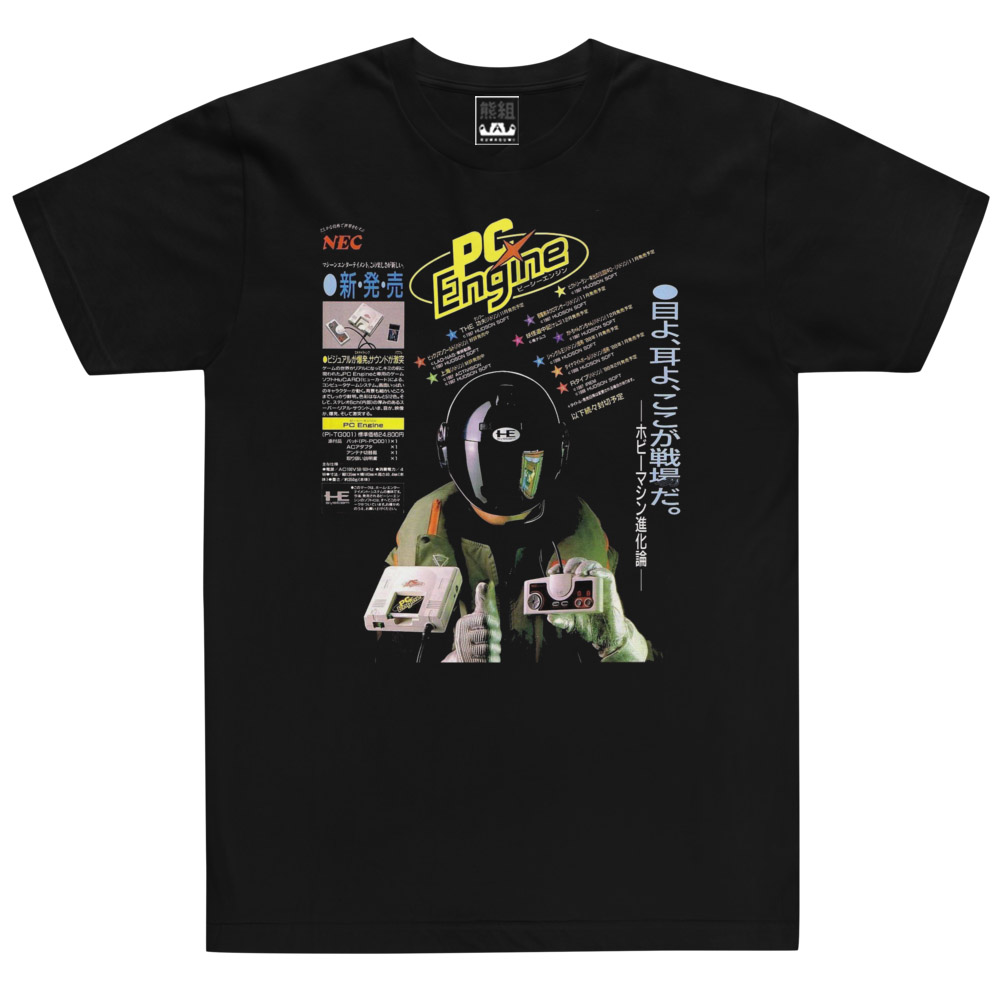 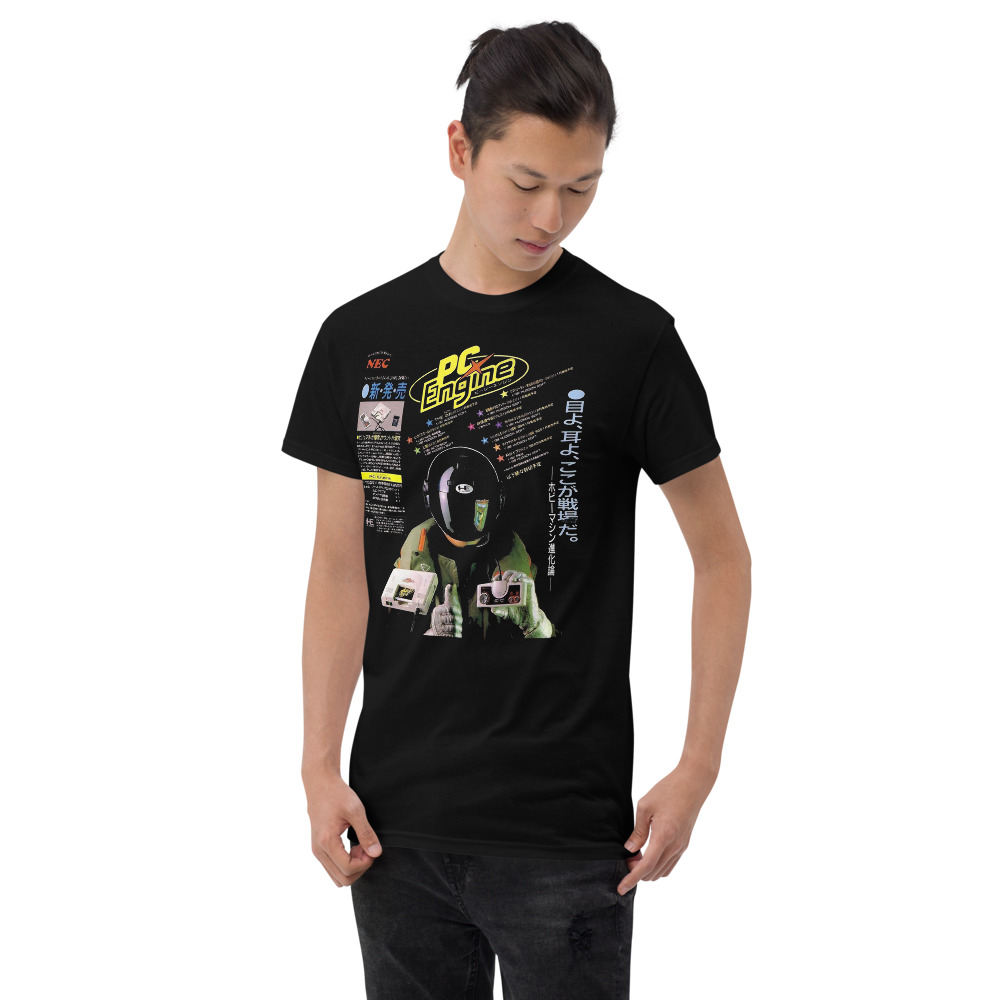 The PC-Engine (PCエンジン) aka TurboGrafx-16 in North America is an 8/16 bit console developed by Hudson Soft and Nec. Realeased in october 1987 in Japan, one year before the Sega Megadrive, the console was the first of the 4th generation of console (16 bits but only for the graphic processor). Very compact, having a real advance in terms of graphic possiblities, the Pc engine was a big success in Japan (4 M) but failed to penetrate other markets (2M) due mainly to poor marketing strategies, very agressive competitors (Sega MegaDrive released the same year in the US) with more impactful games/mascots (Sonic vs Bonk). The console, later declined in 14 versions with the famous portable Pc Engine GT, still remains the queen of all japanese retrogamers and especially shoot em up lovers (Lord of Thunders, R-Type, Sapphire). Enjoy this pc engine t-shirt !