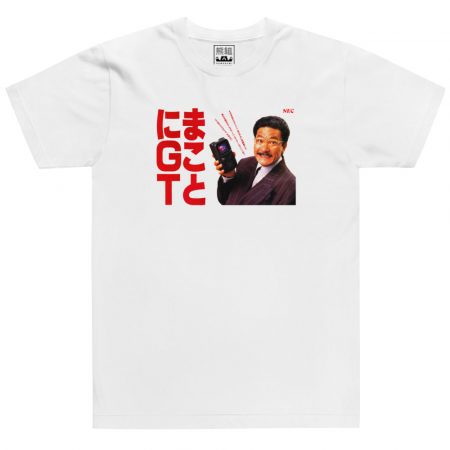 The PC-Engine GT (PCエンジン GT) aka TurboExpress in North America is the portable version of the Pc engine developed by Nec. Released in 1990, 3 years after the Pc engine, the $249 console equipped with a LCD color screen (400×270 px) was often labelled as “the rolls royce” of portable console. Using Hdcard like the pc engine, the pc engine GT was however suffering from pixel failures (lcd was a young technology at the time), sound problems due to poor chip quality and crazy battery usage (3 hours for 6xLR6 batteries). Sold at 1.5M copies the console was outreached by the Sega Gamegear and the Nintendo Game Boy. Enjoy this original GT’s ad representing the famous comedian Otake Makoto with a word game on the epxression makoto ni : “Makoto ni GT” (Really GT !).