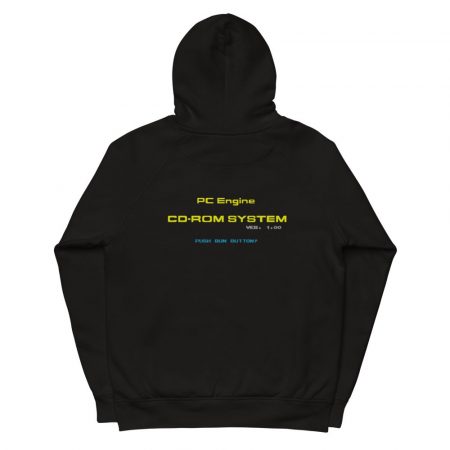 Launched on December 4, 1988 in Japan, the CD-ROM² System extension for the Pc engine (TurboGrafx-Cd in the US) is a revolution at the time. The Pc Engine becomes the first console to read games in Cd-Rom format ! The extension includes a CD-ROM reader for games in CD-ROM² format, Audio CDs and CD + G (karaoke) as well as a new BIOS and 64 kb of memory (to load data and code from the CD), which increases the technical capabilities.  The CD-ROM drive connects to the console via a horizontal pedestal adapter called the Interface Unit. The Unit interface can be closed and become a storage and transport case, thanks to a removable handle.