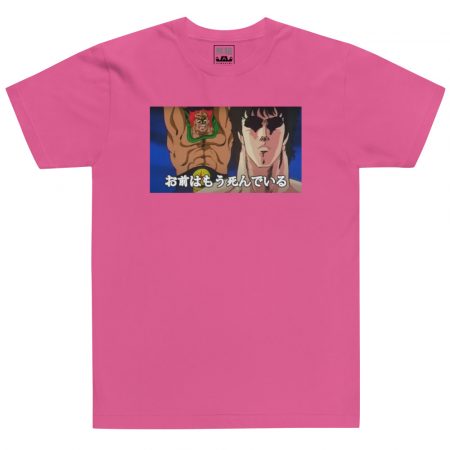 Omae wa mō shindeiru “You are already dead” is Kenshiro’s mythic catchphrase pronounced just before killing his enemies. The expression is often combined with an image of Kenshiro pointing at viewer, which has gained usage as a reaction image in arguments on image boards and discussion forums making it one the biggest meme ever on Internet (remixed videos of The fresh prince and songs from Lil Boom). This Omae wa mō shindeiru tshirt pays homage to one of the greatest manga ever (Hokuto no Ken), sold at more than 100 million copies worldwide.