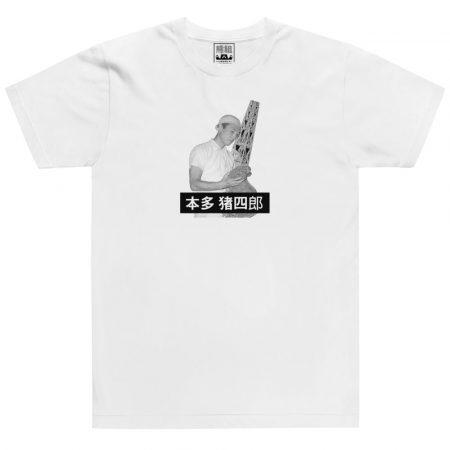 Homage to Ishirō Honda (本多猪四郎,  7 May 1911 – 28 February 1993), japanese film director and screenwriter. Known mainly for the Godzilla series, he also directed several cult horror and science fiction film (Latitude Zero, Matango..). “Behind the fear of godzilla vas the fear of the atomic bomb” wrote Honda. Here on the set of Godzilla with his creature in his hands and the Tokyo Tower in the back (which will be distructed in the film). Master at work !

SKU: N/A Category: Uncategorized
We use cookies to ensure that we give you the best experience on our website. If you continue to use this site we will assume that you are happy with it.Ok