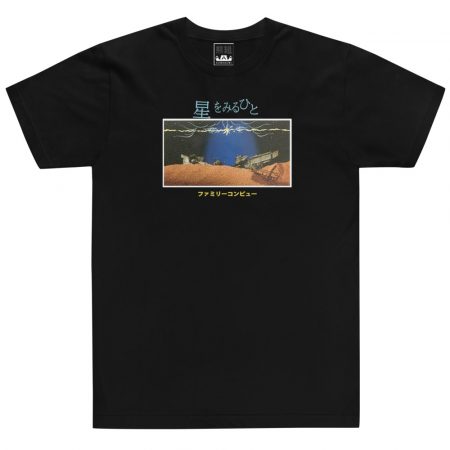 “Hoshi wo miru hito” is a famicom rpg developped by Hot-B studio and released in 1987. Now considered one of the worst games in Japanese video game history. You thought you only had five hit points to start with? Actually no, it’s probably closer to 45 or 55, but the box is too small to contain two digits :) Pitifully thought out and programmed, this game is as sadistic as possible: do not buy the expensive laser pistol, it does less damage than your bare hands. Almost unplayable, illogical, very poorly finalized, the pitfalls of this science fiction RPG are so numerous that, for some, they ended up making the game engaging. “Hoshi wo miru hito” has consequently become a densetsu no kusoge, unequaled in mediocrity, but which nevertheless releases a kind of improbable charm. LOVE.