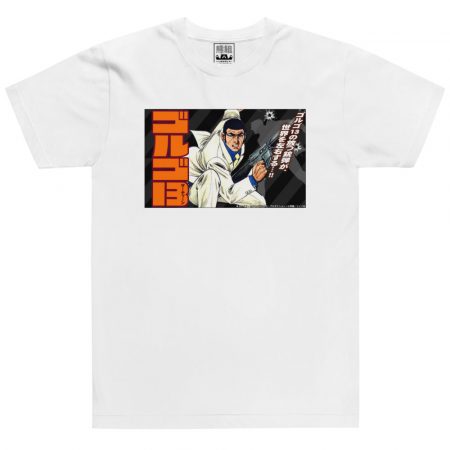 Golgo 13 (ゴルゴ13) is a seinen manga by Takao Saitō released for the first time in october 1968. Duke Togo aka “Golgo 13” is a japanese professional adgent mainly in charge of wacking people around the globe (in a less kind way than James Bond). Historically one of the biggest manga in terms of sales in Japan. Two movies based on the manga have been released : in 1973 with Ken Takakura and in 1977 with one of Tarantino’s fetished actor Sonny Chiba. Get this golgo 13 tshirt now !