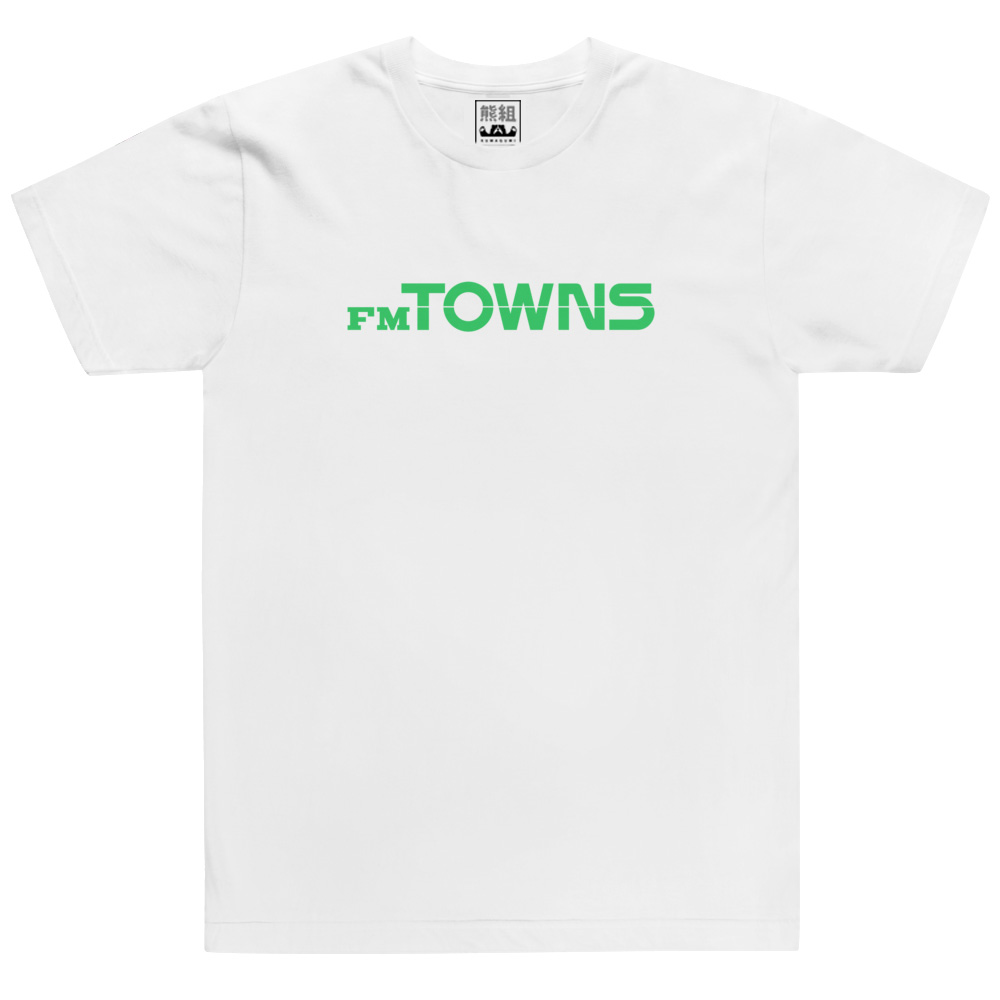 Succeeding the FM-7 series, the FM (Fujitsu Micro) Towns was the fourth generation home computer to be released only in Japan (February 28, 1989) under the Fujitsu brand. Following a tradition of Fujitsu at the time to code name after Nobel Prize winners, “Towns” refers to Charles Townes, one of the winners of the 1964 Nobel Prize in Physics. Based on an Intel 80386DX processor running at a clock speed of 16 MHz, one or two megabytes of RAM, the FM towns was operating under Windows 3.0/3.1/95 and a graphical OS called Towns OS. Most games for the system were written in protected mode Assembly and C using the Phar Lap DOS extender. Enjoy this Fm towns t-shirt !