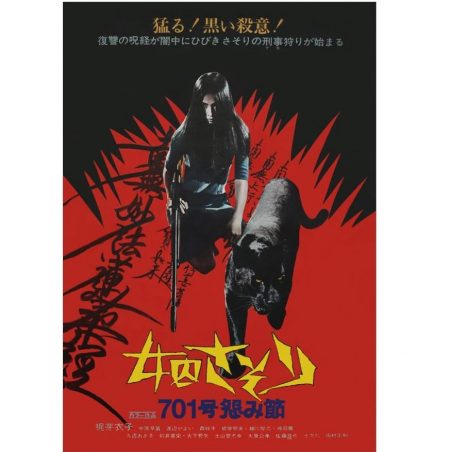 Female Prisoner #701’s Grudge Song is the Fourth, and last in the first Female Prisoner Scorpion series. Directed by Yasuharu Hasebe (and not Shunya Ito like the three before) released in december 1973 by Toei, this last installment starts with Nami Matsushima (Meiko Kaji) found in a wedding chapel by police led by detective Hirose…