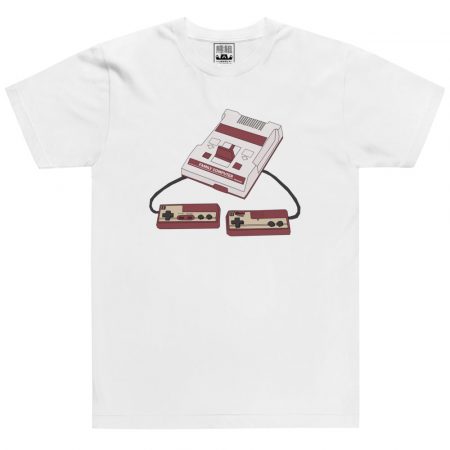 Famicom (ファミコン, Famikon) or Family Computer (ファミリーコンピュータ) is the original japanese version of the NES (Nintendo Entertainment System) console. Actually the NES has never been released in Japan and the famicom remains the first console to emerge in Japanese families. The only difference with the US/Europe version is the design (e.g. controllers have storage slots on the sides of the main unit) and one of the controllers had a microphone on it for voice activated gaming. With an 8 bits Ricoh 2A03 processor and 2ko (!!) of memory, 500k copies of this iconic object were sold in the first 2 months in Japan and 62 millions worldwide. At the end of the 80’s, one third of the families in Japan/US/Eu have one at home. Absolute icon.