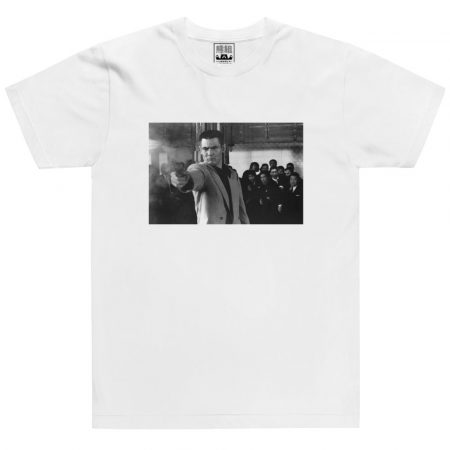 Hommage t-shirt to one of the greatest japanese actor, Bunta Sugawara (r.i.p) ! Here with a gun in the Kinji Fukasaku “battles without honor and humanity” serie. At Toei company, Sugawara became closely associated with the yakuza genre. His most notable roles were in the films of Kinji Fukasaku, particularly the five films in Fukasaku’s Battles Without Honor or Humanity or The Yakuza Papers series.